A Message From the President

I wanted to let you know about my interview with the legendary Barbara Walters airing tomorrow night.

I sat down with Barbara in June for a couple of hours to tape the interview. The one-hour show covers my journey over the past several decades and highlights some key EIE victories since 1994.

I haven’t seen the entire show yet, but the producers tell me it’s a great hour of journalism, the way investigative reporting should be. For those of you who are history buffs, you might appreciate the historical significance of this show which chronicles the year the mainstream media went tabloid.

One thing is for sure, I respect and love my longtime friend Barbara, who held my hand during one of the most difficult years of my life. And for those friends and family who walked though that season with me, I will always be grateful. 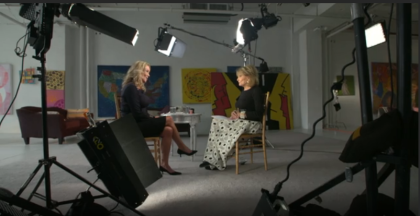 EIE President Donna Rice Hughes’s story and work as an Internet safety pioneer is featured in this one-hour interview with Barbara Walters.

Most importantly, I always believed that if I chose the high road, the path of dignity and follow the Lord’s leading in my life, that all these painful and challenging times would work out for good, and they did. (Romans 8:28-29)