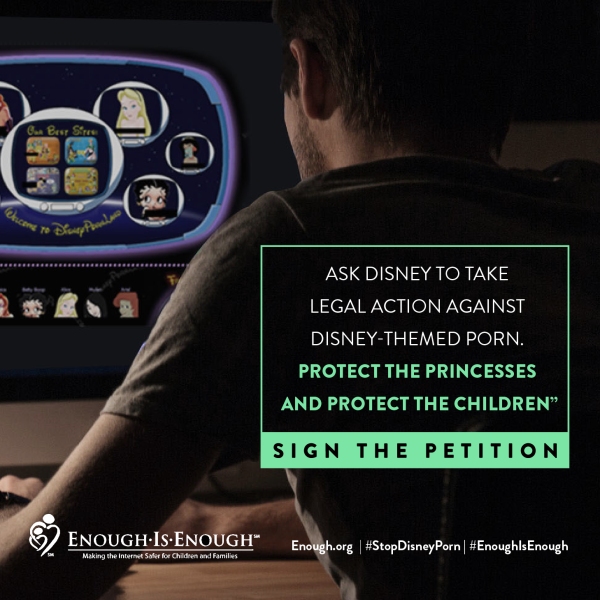 Dear Friends and Partners in the Movement,

We need your help. What I am about to tell you will shock you, but its true.

I’ve avoided making this issue more public out of concern that traffic to these sites would explode and millions of curious seekers would be exposed to the disturbing videos and images that would be difficult to erase from their minds. Trust me, don’t look, don’t search. You can’t “unsee it”. If you don’t believe me, you can simply view our Internet Safety 101 teaching series film trailor here in which I use a Disneypornland, with blurred images, as an example of the misuse of popular cartoon characters.

Pornographers understand that the sexually exploitative pornography they produce and distribute is highly addictive. If they can get children hooked at a young age when they are curious, their hormones are raging and their brains and bodies are underdeveloped, they will likely have a consumer for life unless the addiction cycle is broken.

“I think about every person in this generation, and probably the one before us, have all looked up pornography once in their life. Even if you’re not looking for it, you could be innocent on the computer…and it’ll find you.” — Zach, 15 yr.old, Internet Safety 101 DVD

Please sign this petition today. It is going to the inboxes of 7 top Disney executives. We are not messing around. Enough Is Enough!

Thank you for the sake of children and families worldwide,

Yours in the Fight,
Donna Rice Hughes
President & CEO
Making the Internet Safer for Children and Families.
http://www.enough.org, http://www.internetsafety101.org , http://www.friendlywifi.org

P.S. In case you missed it, I wrote an article on this issue that ran in the Washington Examiner last Friday. Read it here.

Enough Is Enough® is a national bi-partisan non-profit organization who has led the fight to make the Internet safer for children and families since 1994. EIE’s efforts are focused on combating Internet p*rnography, child p*rnography, sexual predation, and cyberbullying by incorporating a three-pronged prevention strategy with shared responsibilities between the public, Corporate America, and the legal community.
http://www.enough.org. http://www.internetsafety101.org